New Chief Executive At The Helm 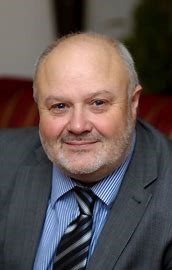 Gosport Voluntary Action (GVA) is delighted to announce that Ted Hill MBE has taken up his position as our new Chief Executive Officer. Ted comes to GVA, after Nicky Staveley retired from the role at the end of 2020. Although a hard act to follow, Ted brings with him a wealth of experience in the charity sector having most recently worked for Cruse Bereavement Care, where he has been developing a hub model in the south of the UK.  Prior to that Ted worked for the NHS England in a Mental Health Quality and Improvement Lead, and was Chief Executive of the British Polio Fellowship charity.

Ted received an MBE in 2011 for services to the voluntary sector in Hertfordshire, Bedfordshire and London. He has also volunteered for the sea cadets holding both District Officer and Assistant District Officer roles, and was previously a member of the Royal Naval Reserve.

Ted said ‘I am absolutely delighted to be joining the team at GVA. The voluntary sector is facing some challenging times ahead and I look forward to working with everyone so we can provide the best to member organisations, our partners and ultimately of course the individual organisations’ beneficiaries.’

All the staff and trustees at GVA warmly welcome Ted to the organisation, and look forward to getting to know him over video call soon, and hopefully in person later in the year. We are excited about the opportunities ahead and hope you all join us in wishing Ted well in his new role.