Nine grants in total were awarded and Ian Reeves, Chair of Gosport Voluntary Action who manage the lottery, said “the Community Grants are made possible by the fantastic support the Lottery has received since its launch.  All the grant applications received were very well made and it is great to be able to support the 8 good causes and 1 individual who applied for funding.” 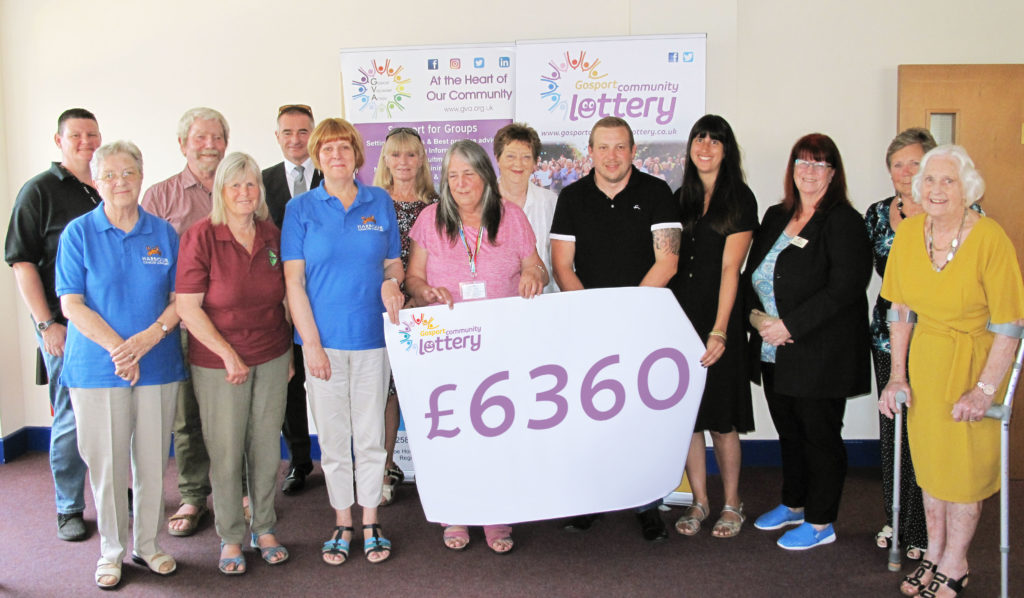 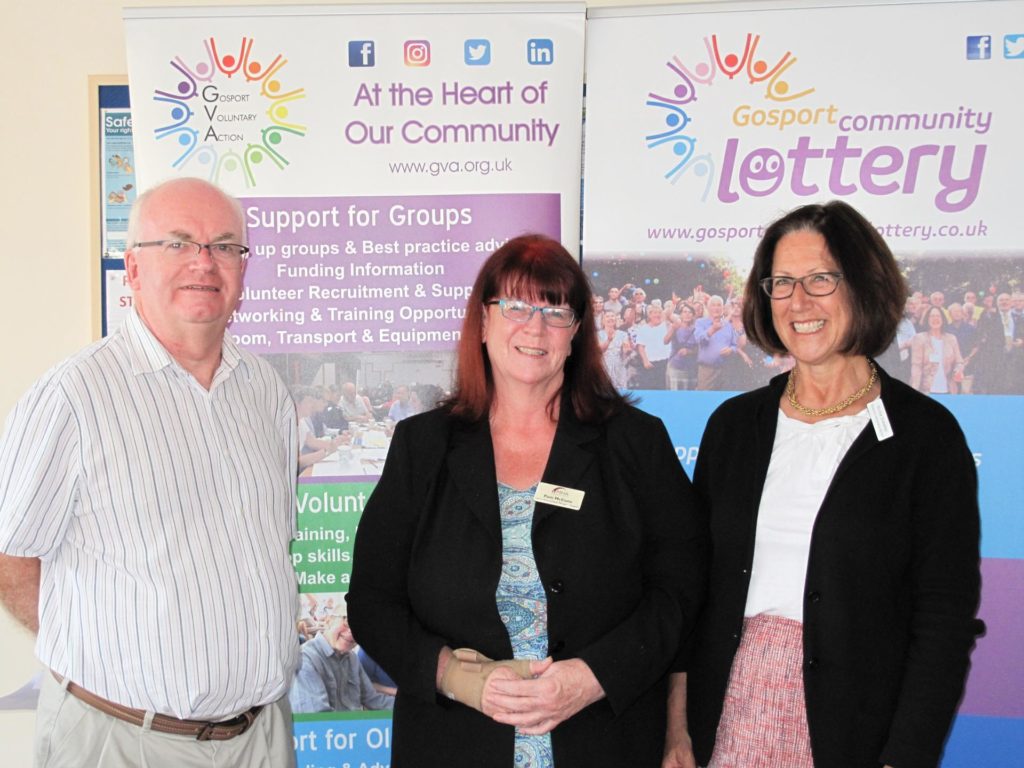 MHA Gosport Live at Home Scheme, who help older people maintain their independence and reduce loneliness in Gosport by providing lunch clubs, befriending and social activities have been awarded a grant to run a new over 60’s cheerleading class! The group have an instructor organised already and are looking forward to delivering the class which will help up to 30 older Gosport residents each week. 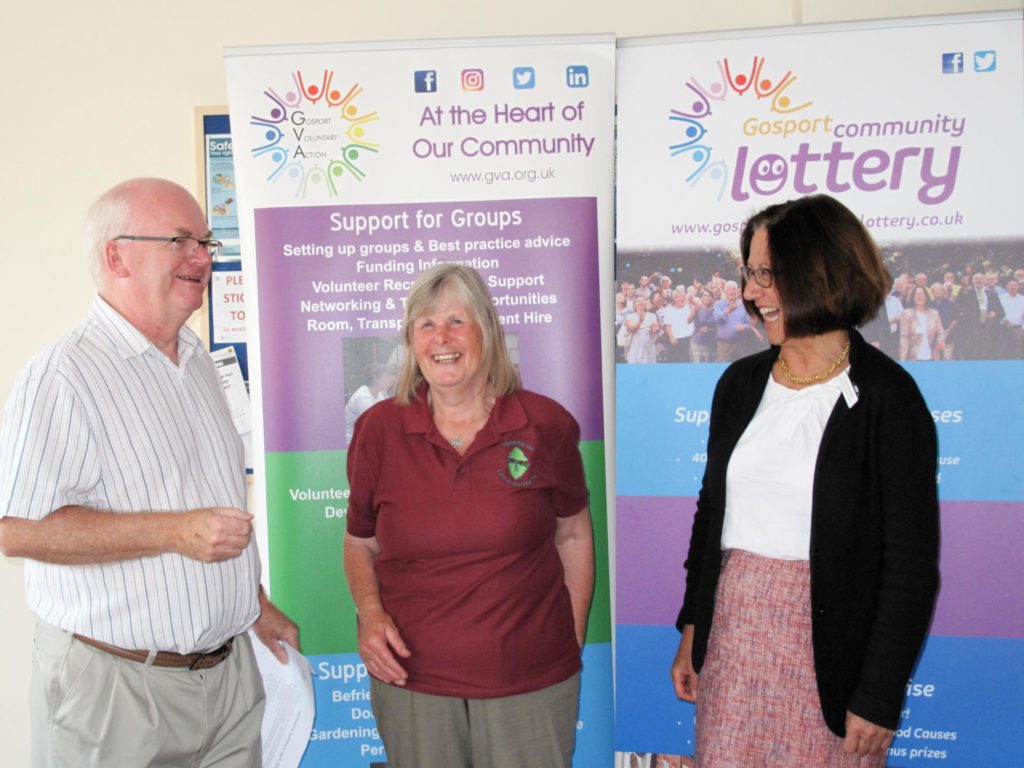 ParkFest is a late summer one-day community event to be staged at Leesland Park. The Friends of Leesland Park, who manage the event, have received a grant which will help with covering the costs of running ParkFest 19 including bands, musicians, equipment hire and children’s entertainment – a day to be enjoyed by the whole community! 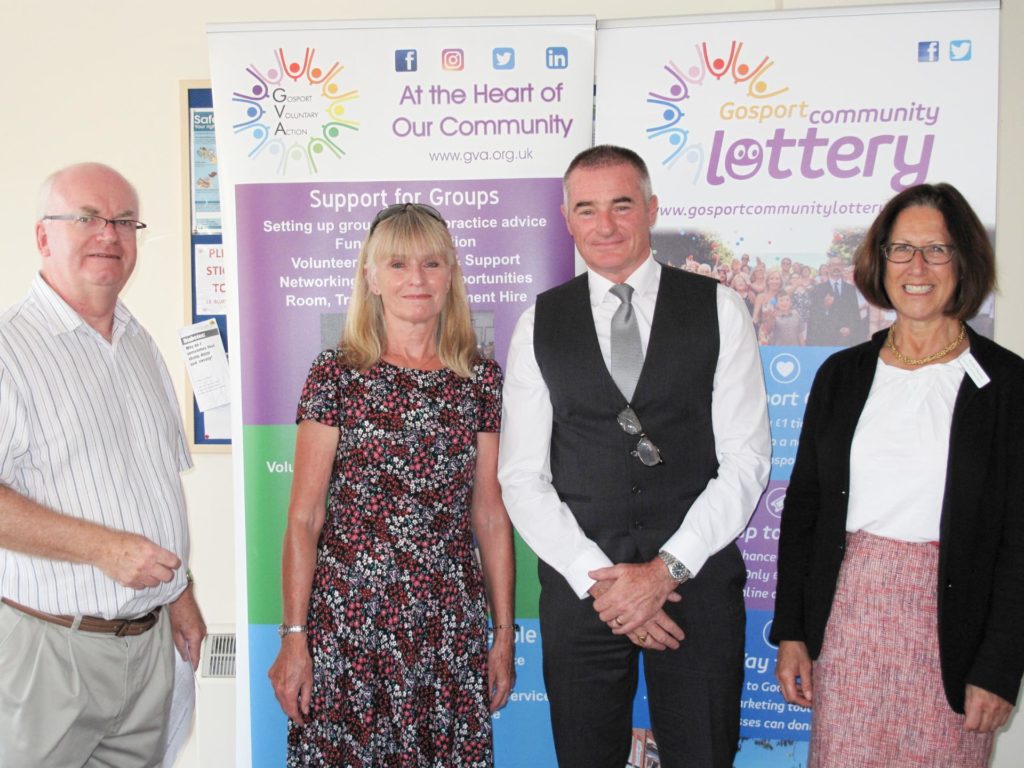 The Gosport Wombles, who are a group of an astounding 500 volunteers, have been awarded funds to purchase vital litter picking equipment. This will enable them to continue their important work of local litter picks and beach cleans all across the borough, helping to clean up the area we live in. The group also keep busy working with other local organisations on education and prevention of litter. 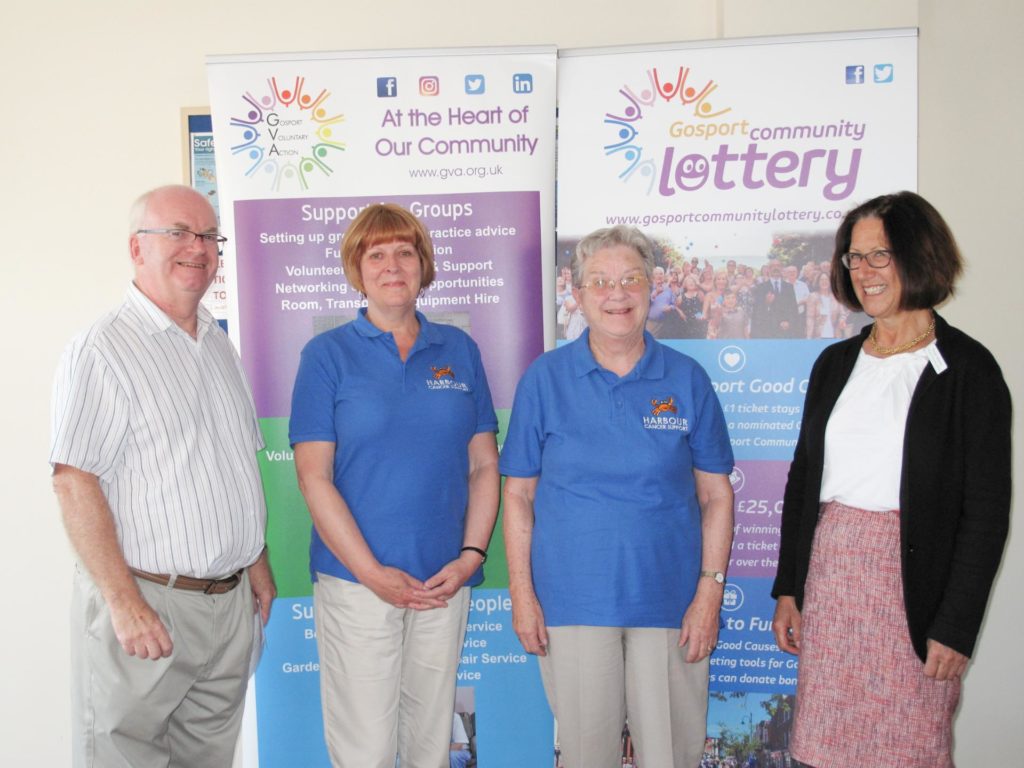 Harbour Cancer Support will be using the new funding towards their weekly craft group, which those affected by cancer are already finding hugely beneficial. One craft group member commented: “I really love coming to the group. The best therapy I could ever have! I have made lots of friends; long may it continue. Absolutely wonderful”.   The craft group is part of a range of support the group provide including drop-in sessions, counselling, befriending, children support and complimentary therapy. 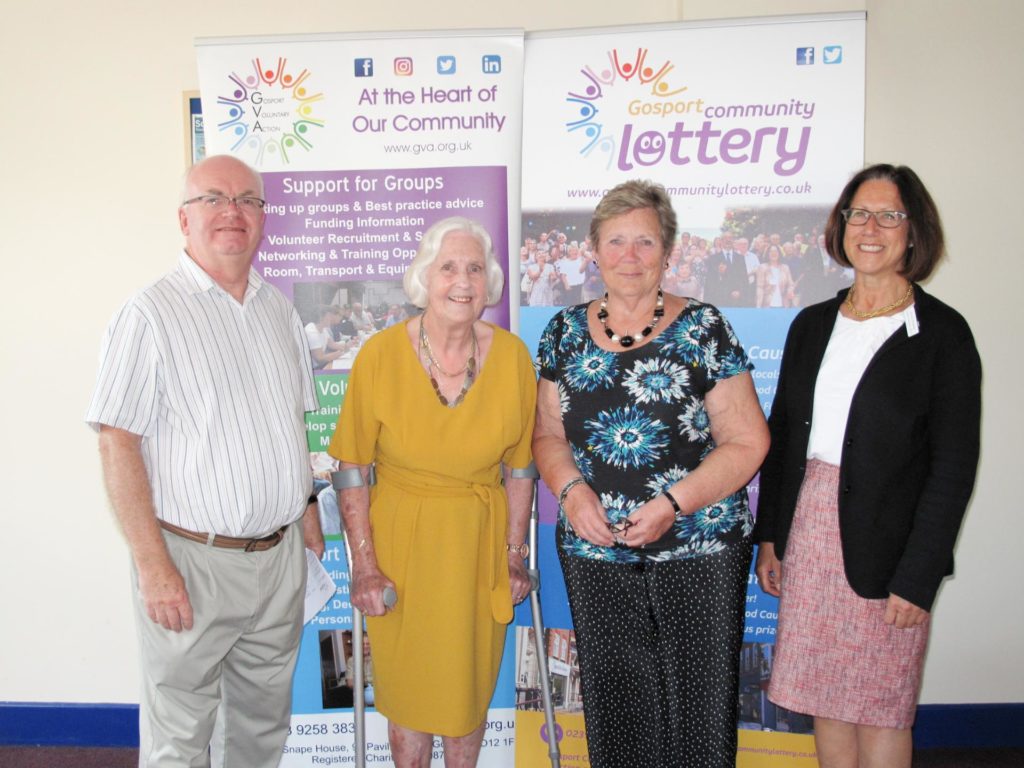 Partners through Pain Gosport, a group helping local residents who suffer from chronic pain, have been awarded funding to help cover costs for a trip to London for members to see a West End Musical. Brenda Hadfield, President of the group, said: “this would be a trip of a lifetime to these members. They suffer untold pain; there is no cure for it. The majority, if not all of them, are on very limited income. This proposed trip is something they would never dream of and we are very delighted to be able to now go ahead with the trip.” 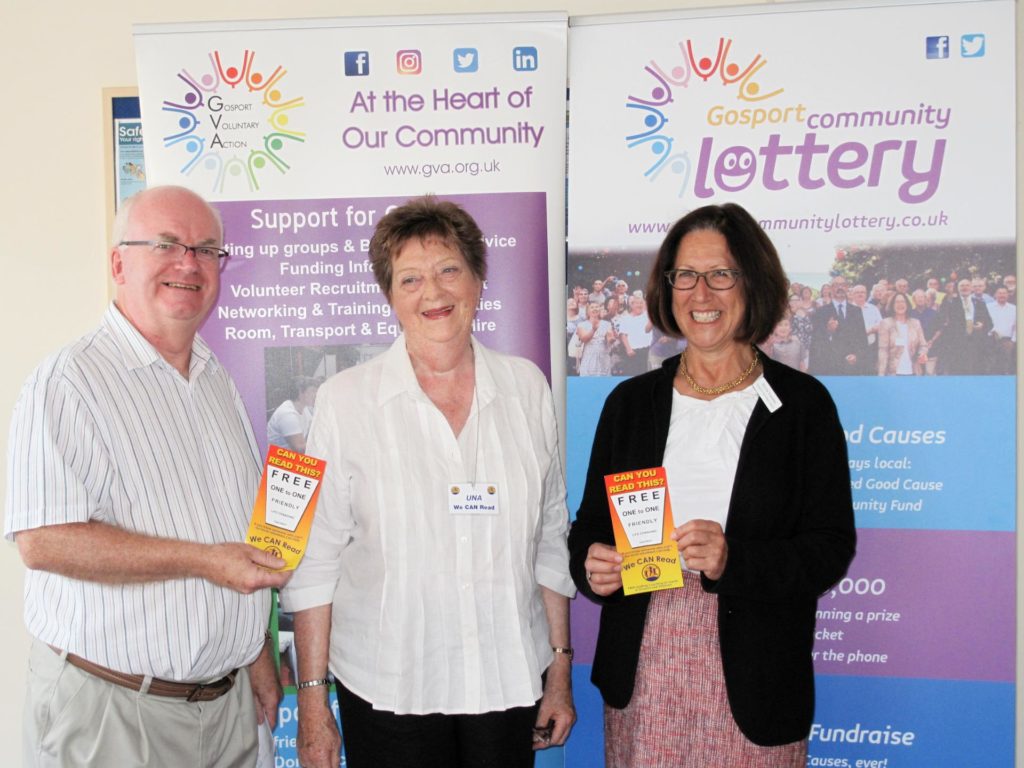 The volunteer-run group, We CAN Read, who provide free one-to-one literacy coaching and resources to adults, have received a grant for their new project ‘Get Gosport Reading’. The group estimate 9,740 Gosport residents have minimal to no reading skills and their new literacy campaign and learning resource distribution drive will seek to reach out to more Gosport residents in need of support. 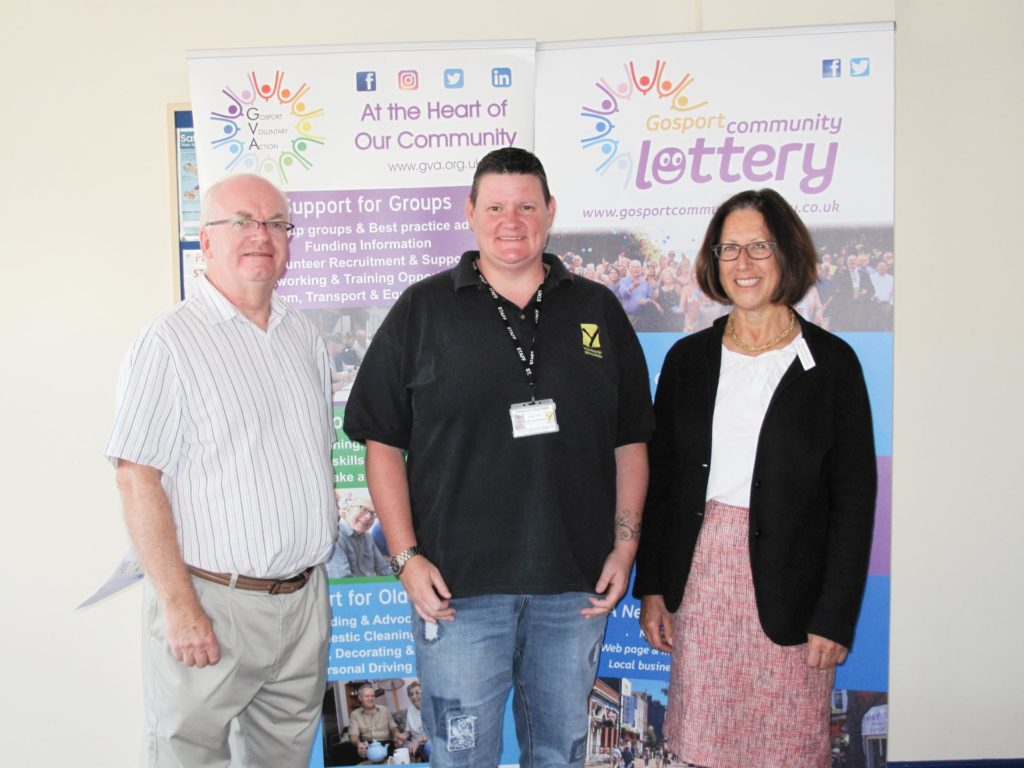 A locally based youth charity, Y Services, were awarded with funds to help them deliver targeted support including group work and one-to-one mentoring for vulnerable young people who identify as lesbian, gay, bisexual, transgender or young people who are questioning or unsure of their sexuality or gender identity. The group are looking to support between 50 and 100 young people and their families this year.

Gosham Rangers Football Club are a non-profit organisation who support the development of local young footballers and work alongside charities. Funding has been awarded to pay for their new football kit, which will display the Gosport Community Fund logo. The club aims to achieve success on and off the pitch, supporting young people and adults in keeping active and healthy in Gosport.

An individual grant was awarded to Su Seymour, who works tirelessly as an accredited Hampshire County Council Autism Ambassador in the local area. The funding will support Su with travel costs, leaflets and stationery as she continues with her project to get Gosport to be an autism-friendly, understanding and inclusive town.

The lottery is already making a real difference to the local community. An amazing 53,106 tickets have been purchased since July 2018 and over £16,000 has already been paid directly to Gosport good causes. Each week players have a 1 in 50 chance of winning a prize which range from 3 free tickets to the £25,000 jackpot!

If you would like to find out more about playing the lottery or becoming a good cause, please visit www.gosportcommunitylottery.co.uk or contact Gosport Voluntary Action on 02392 583836 or lottery@gva.org.uk