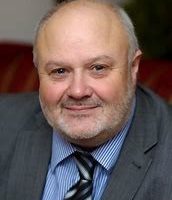 Ted joined GVA in January 2021, bringing with him a wealth of experience in the charity sector, having most recently worked for Cruse Bereavement Care, where he developed a hub model in the south of the UK. Prior to that Ted worked for the NHS England in a Mental Health Quality and Improvement Lead, and was Chief Executive of the British Polio Fellowship charity.

Ted received an MBE in 2011 for services to the voluntary sector in Hertfordshire, Bedfordshire and London. He has also volunteered for the sea cadets holding both District Officer and Assistant District Officer roles, and was previously a member of the Royal Naval Reserve.